Home » Your Road to Recovery

Your Road to Recovery 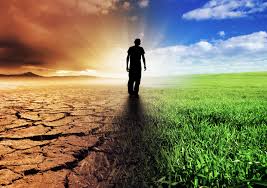 Prochaska and DiClemente describe the six stages of change:

When someone has problematic alcohol or other drug use, it takes a number of steps to recover. Gaining an understanding of where someone is in the cycle of change can help determine what interventions are likely to be most effective. For example, someone in the ‘pre-contemplation’ stage is happy using and is unlikely to respond to advice on the harms of use. At this stage, interventions that focus on reducing harm from use are the only likely productive steps. Motivational counselling at the various stages of change can be a helpful strategy in assisting the individual to go through with the particular change they are wanting to make.

The Six Stages of Change:

1. Pre-Contemplation: These are the ‘happy users’. They are unconcerned about their drug use behaviour and will tend to ignore or discount anyone else’s belief that what they are doing is hazardous or harmful. For them, the positives, or benefits, of the behaviour outweigh any costs or adverse consequences. Hence they are happy to continue using.

People in this stage are not concerned with the consequences of their addiction/disease.  They will continue to justify their choice to use. There is no immediate desire to change.

2. Contemplation: Contemplators are people who are beginning to experience cognitive dissonance, they are starting to feel differently about their behavior, they are experiencing the internal struggle of  the “enjoyable” experience and the “adverse” experience, and the consequences of their behavior.  There are many reasons people in this stage begin to struggle, i.e.; personal, psychological, legal, medical, social or family issues.

This is the time that one starts to rationalize the behavior, this is not change, nor is this a stage of the change process.  People recognize the negative behaviors but have low-self esteem and confidence and are still contemplating the positive benefits of change.

We are now aware of the disease, we are aware that positive change needs to be made. We know that the behavior has had great impact and has creating major life changing events. But, this is knowledge that we are not quite ready to put into action, we are still very uncertain, we may desire change, but this is were the process begins, behavioral change, a very long and difficult road the path to recovery is, but we are at least contemplating moving forward.

3. Preparation: Those in this stage are ripe for change in their behavior. They believe that the costs clearly outweigh the benefits. They know that change is necessary and that the time for change is imminent. However, some people do not progress to the next stage.

Free will or determinism, now we focus on understanding accountability and responsibility for the choices we make.  And we now understand that we have free will and we have the power to change.  We intend on making a plan, the progression begins, support systems, meetings, commitment to self and to sobriety.

4. Action: People in this stage have resolved to change and have committed themselves to that process. They have embarked on a road to change their drug use.

In stage four, people begin to make a plan.  People begin to make positive change. Recovery becomes the priority, there are no more excuses, abstaining from substance use, and taking the first steps toward interpersonal growth, focusing on the inner person taking the initiative, the actual steps to engage in positive mental, emotional and physical change by immersing themselves in addiction recovery, not just abstinence from their drug(s) of choice.

5. Maintenance: People in this stage have successfully abandoned their drug behavior and have sustained the change for a sufficient period to state that they not longer have problems with drug use. This stage generally occurs at least six months after the behavior has changed. It is believed that people are maintainers for up to five years, whereupon they become emotionally and physically detached from the old behavior. In exceptional cases people seem able to distance themselves from their drug use much more quickly.

This is an event, not a stage. May occur at any time. Personal distress or social pressures are allowed to interrupt the behavior change process. Temporary loss of progress which resumes at an earlier stage. Experience is educational to help prevent further recurrence.

People in the maintenance stage are capable of standing on their on two feet.  One becomes aware, begins to understand the environment, and are aware of the stressors and triggers within the environment.

5. Termination:  Adopts new self-image consistent with desired behavior and lifestyle. Does not react to temptation in any situation. Expresses confidence and enjoys self-control. Appreciates healthier and happier life.

*At the termination stage people begin to accept what they have done, where they have been, and how far they have come.  Positive progression, self-acceptance, greater self-esteem.  At this stage people will not jeopardize sobriety and they will move forward.

***Most successful self-changers go through the stages three or four times before they make it through the cycle of change without at least one slip. Most will return to the contemplation stage of change. Slips give us the opportunity to learn.

• Relapses are common when people are trying to give up drugs

• When people relapse they go back to one of the earlier stages of the model. 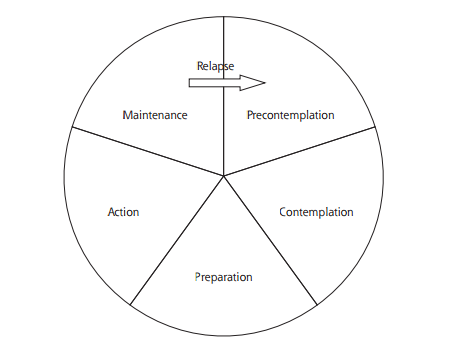