Stages of Death and Dying:

Elisabeth Kubler-Ross (1969) brought the subject of death into the open with her observation that those facing impending death tend to move through five broad stages: 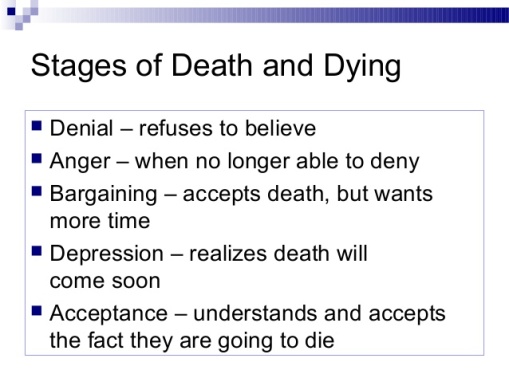 There is no single way to age successfully.